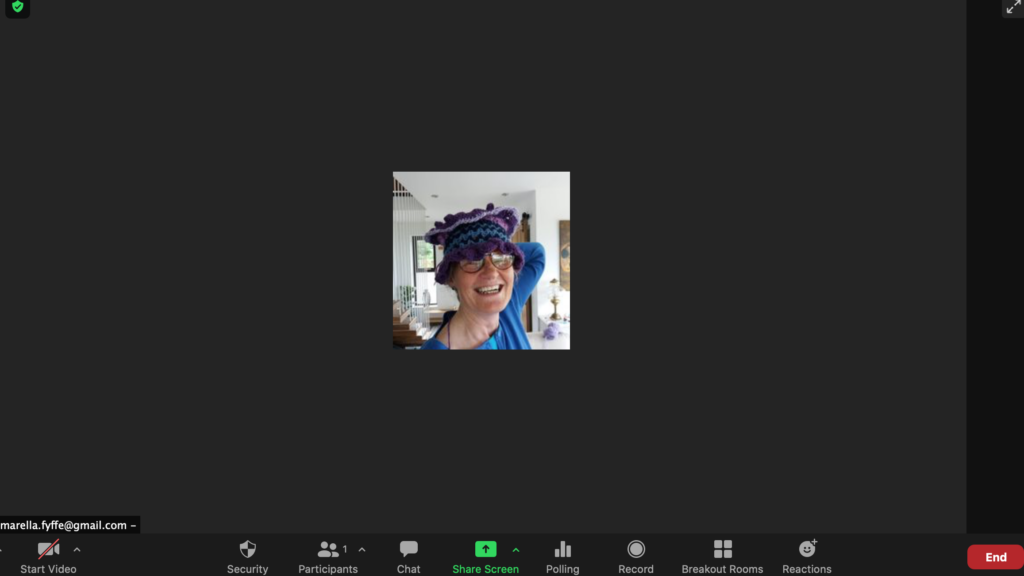 Is yoga on Zoom the future?

Is yoga on Zoom the future?

Two years ago most of us had never heard of Zoom. Our experience of yoga online were bright young things in designer yoga gear doing their thing on YouTube and Instagram with bodies to die for, twisting themselves into impossible shapes. It simply never occurred to me that I should put my 60+ body on any video, thinking who in their right mind would want to follow me. Laughing
now at my ‘ageist assumptions’ I realise nothing could be further from the truth.

How one pandemic single handedly changed the yoga world

March 2020 saw the arrival of lockdown in Northern Ireland and overnight every yoga studio closed, nothing except tumbleweed blowing along the polished wooden floors in echoing empty buildings . For myself as I already mentioned in my opening blog, I set to, to create videos and start my own YouTube channel as the world settled down to watching and waiting . When I looked around me to see what the yoga fraternity was up to in general , everyone was responding in their own way. Some closed their studios choosing to sit it out. More like me started to put videos up on YouTube . Some made early forays into the world of Zoom and there was many a story of Zoom yoga classes being hacked. I know a couple of teachers who experienced being confronted with pornographic images or some other unexpected side show, kinda of funny as a prank , but also deeply upsetting . International yoga teachers , the pop stars of the yoga world were forced to quit their globe trotting and to start from scratch creating a studio on line for themselves. We were all in the one boat going nowhere fast.

I was a late adaptor to teaching yoga on Zoom , well about three months late. It took this long for me to realise that I really was not building a following on YouTube and that I should try something else.

They say in the yoga world that yoga teachers tend to attract an audience of similar age to the age of the teacher. So I am sixty two, most of my students are between forty and sixty and a large proportion of these I knew were not very IT literate. I was not confident that I would be able to attract my students onto Zoom.

I decided to give the yoga on Zoom a go anyways and sent out a message to everyone on Whats App inviting them to yoga on Zoom included in this was a link to the class and instructions how to set up for the first time plus a few points about Zoom etiquette .

How to work with Zoom as a yoga teacher

I cut my yoga teaching schedule back to just six classes a week down from fifteen. Each day I send out a reminder of the yoga class that is on that day on Whats Ap with one or two sentences to inspire folk to come to yoga. The link for zoom class that day is in that message also. All classes are paid for in advance and I encourage folk to take out a package (gives access to all classes )

I opened my classes fifteen minutes before the start time and with my phone beside me instructed folk step by step how to set up , often with the help and advice of other class participants who perhaps were working from an iPad , or laptop different to mine and were able to help out with technical setting up issues.

My class length on Zoom is an hour which includes five minutes of relaxation. I meet and greet each person as they log on and often there is a good in group conversation going on before the class ever starts. I welcome any new folk to the group . At the end of class I close with “See You On the Mat” and if I have any announcements I will make them at this time .

What worked about teaching yoga on Zoom

After the initial resistance to yoga on Zoom began to dissolve, it soon became a normal part of life.My feeling is that members were coming to class for yoga yes, as well as other reasons.

Such as;
• It gave people something to look forward to in their day .
• A sense of community began to develop and from this a sense of connection amongst the participants.
• Loneliness and isolation became easier to bear.
• It enabled me to keep teaching yoga and continue to make a living during a pandemic

One of the big successes was to offer a free four week introductory yoga course aimed at the complete novice. People flocked to this and some of the feedback from this course indicated that amongst those who came , were some who had poor body image, or thought themselves too stiff and lacked the confidence to attend a class in person. Or folk who may have formerly felt inhibited by their culture or church to come and openly attend a yoga class. Another big plus for me was that I had folk attending who lived geographically distant from the studio and would never have attended my yoga classes only that I was able to offer classes on Zoom

Where Zoom does not work

Interestingly about a third of my students did not make it onto Zoom . Some never even tried it, one or two came once and did not return . The curious thing was these tended to be my younger students, age group mid twenty’s to forty’s . Some did not come because broadband was not sufficient in their area or because they had no way to escape from small children for an hour. I don’t know what other reasons were for the absence of this age group as some of these folk had been attending for a number of years.

To teach yoga on zoom it’s only really possible to lead a yoga practice calling out instructions as you go , so it’s not so much teaching as leading a practice. For those who had been coming to class and were accustomed to my teaching this was not a problem . For anyone new to yoga I believe that it is better for the student to come to one live class a week so that a teacher can pick up alignment issues and make corrections as needed. Zoom does not allow for this.

Zoom was a great success for me and I was very grateful that I stuck with it . Sometimes the start up issues including broadband speed, suitable studio set up, and developing a relatively trouble free method of delivering six classes a week, were daunting. So far there has only been one class that I had to cancel due to broadband issues.

People were loyal and showed up week after week which was gratifying . I recently carried out a survey as to what folk felt about returning to the studio and surprisingly to me fifty percent have elected to stay on Zoom. Some folk are nervous about mixing , others like the comfort yoga in their own home and of not having to travel to class. And the ones who live far away were never going to come to the loft anyways.

So yes I believe from my experiences that yoga on Zoom will be part of a blended approach that many studios and yoga teachers will use in the future. Saying that I was an established teacher at the outbreak of the pandemic with a reasonably loyal contingent of students. I suspect if I was a new teacher to yoga it would be very difficult to become established and to gain a following on Zoom. The online yoga world is a crowded market these days .