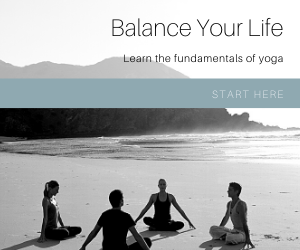 10 points to consider when attending your 1st yoga teacher training.

I did not  set out to be a yoga teacher,

it happened by accident neither did I have the intention to take up yoga, it too was another happy mishap , the story to be told at a later date.

I decided to take on the yoga teacher training because I was curious and wanted to know more about yoga, wanted to go deeper to explore and expand my yoga practice at that time.

Often following our curiosity can lead us to our passion which in turn becomes our destiny but it depends on having the courage to follow that curiosity when that call comes .Sometimes what we least expect to show up in our lives just happens and the remainder of our life is forever coloured by this unpredictable event or set of circumstances.

When I attended my first yoga teacher training it had a profound and fundamental impact that was to change my life in every way.

1.The first thing that occurred to me was

that though we were all on a yoga teacher training most who were there were hesitant about the idea of teaching yoga, we were  rather more   experimenting with going deeper in our yoga practice . Over the next few months despite ourselves, we morphed and  solidified into trainee yoga teachers and I believe most of us ended up teaching afterwards ,though  for some it was in a part time capacity.

2. I wondered would I stick it out?

A year is a long time in a busy life even though I had paid a substantial amount of money for the training . I need not have worried the discipline of practice, the fascinating exploration through lecture and discussion , the accompanying assignments and practicums kept  us engaged as students whilst building up layer upon layer of yoga understanding and wisdom .

3. I was concerned at the start

that I would not be up to speed with the academic aspects of the teacher training as it was some years before, since I had done any kind of study . However this turned out not to be a problem at all. Being keenly  interested, combined  with the hands on practical aspects of yoga teacher training  soon drew me in  and I was grateful to find out it was not a test of memory . I could not avoid learning.

4. I was equally unsure

if I would be up to more physical aspect of spending one weekend a month doing yoga,that is the “asana” part  especially as  I had an ongoing lower back problem at that time  . The first two weekends were challenging but as my body became accustomed to the extra fitness required I acclimatised pretty quickly and an added bonus was;  that year my lower back pain which had dogged me for over fifteen years, disappeared never to return .

5.  During our year of training I used to look forward to my weekends away –

they were truly islands of peace in a busy life, and as I got to know the others in the group I made some great friends along the way. The impact of the study of yoga combined with a mini retreat every time we met up, deepened our experience . Making food and eating together, walking , talking all added layer upon layer to the overall education, learning and understanding .

6. Yoga is a life choice

and once launched along the path, the yogi is then called out again and again to live an authentic life you  cannot avoid  it .You get to look at yourself in the mirror and from that reflection there is no escape .

My own journey through that year of training was a rough and tumble wrestling match with some personal areas in my life, others had similar experiences . It was tough going, only because I made it so through resistance .We had to learn to trust the process . When I turned to acknowledge and face aspects of my life that I had long since ignored the struggle disappeared and from that point forward things became easier.

7. At the end of  each weekend

I would be deeply tired and yet accompanied by a lightness of sprit so much so, that sometimes I found it  difficult to  re-immerse in my daily life, so I always made sure I did not have too much on, on the Monday after a yoga weekend .Personally it  took me some twenty four to forty eight hours to be fully back in my householder life and I think the rest of the cohort experienced something similar .

8. Right from the get go we were teaching one to one,

or one to two and if this aspect of a yoga teacher training worries you , don’t let it , it’s a gentle process and one can’t help oneself except to learn . By the end of the training we had  gained enough confidence and fluency to be able to teach the whole class .

9. We also got to experience other styles

of teaching and other types of yoga which gave us a good overview around what area of yoga we might  be interested in .I subsequently went on to teach asana for a few years before becoming interested in Breath work, Mindfulness and other  yogas such as Yin , iRest and Yoga Nidra

all eight of us gained our yoga teacher training certification most of us continued to teach yoga ,as  for myself it was the gateway to a whole other world one that I continue to explore . That was the first yoga teacher training I did – I have subsequently attended  many other deep immersions, retreats and teacher trainings . Little did I realise then, that this first training was merely  a portal , the first step on a journey that continues to this day .

I do  hope if you are considering attending a yoga  teacher training that you have found these insights useful.

PrevPreviousIn order to really live we have to die a little everyday
NextTwists, Turns and TeethbracesNext
x